Why Am I So Happy? Because I Saw Ebony Bones, That's Why

Had the great fortune of seeing U.K. post-punker Ebony Bones at the Wicker Park Fest in Chicago this past Sunday on Jul. 26. I've pretty much been waiting forever to see this woman live and was pleased to even see her here in the States considering that no plans are set as of now for a North American release of her album. Her presence was as wild and colorful as you would expect from the woman who made "Don't Fart On My Heart" and "We Know All About U." There were a few staged sequences that gave the performance a theatrical feel, but it was mostly a spontaenous party. 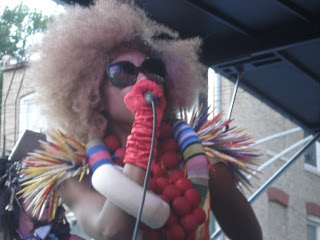 Michael Jackson: A Selective Look At His Discography 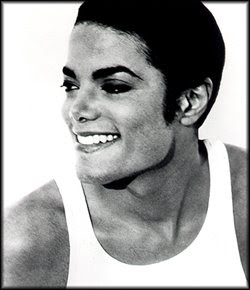 Last week, we lost one of the biggest icons the music world has ever seen. Michael Jackson's discography is one of the most universally loved and trying to choose one simple favorite song can be difficult and is not easily debatable. I've always felt that the mark of a great artist is when they can have their lesser-known works stand up in quality to some of their biggest hits. Jackson was no different. For every "Beat It" or "Thriller," there is an amazing album track or single that didn't quite storm the charts as expected with most MJ songs. Or even some songs that we've simply forgotten due to the multitude of massive hits he's had. This is a selection of some of my personal favorite Michael Jackson songs and moments.