The Major & Minor of the 87th Academy Awards

Welcome to the first edition of the Major & Minor. I'm trying this out as way to provide analysis to the many awards shows that are out there, while hopefully bringing something new to the table. I'll be looking at the highs and lows, best and worst, positives and negatives, or whatever you want to call it, of the 2015 Oscars, which is the biggest of all awards shows and not a bad place to start.

The opening show number written by Robert and Kristin-Anderson Lopez (Frozen's "Let It Go") provided the kind of pizazz and showbiz acumen most of us had hoped for when it was announced that Harris would be the host. His past stints doing the same duties for the Emmys and Tonys showed how apt he was and for four minutes, he lived up to the hype. Comedic timing and a solid voice should be all you need to do this thing successfully, right? 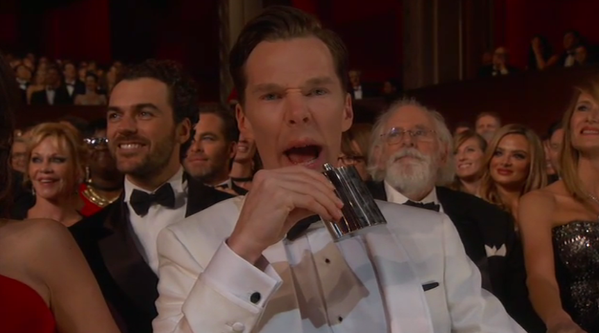 Best "I'm A Big Star, But Don't Take Myself Too Seriously" moment since Meryl Streep stared down Anne Hathaway and Emily Blunt. 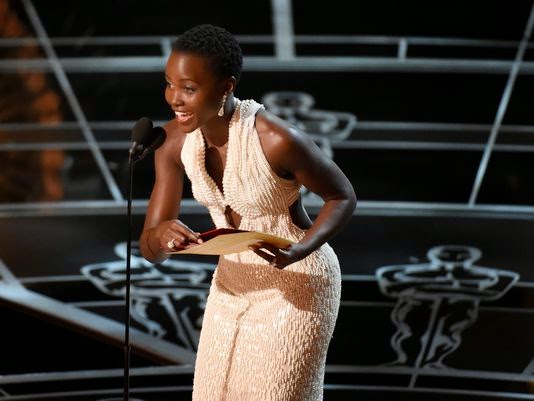 Major: O to the N to the D to the Pearls Of Love

I'll leave the fashion analysis to the experts, but the eyes don't lie: stunning is stunning. Also, someone please include Lupita Nyong'o's smile in a romantic comedy. 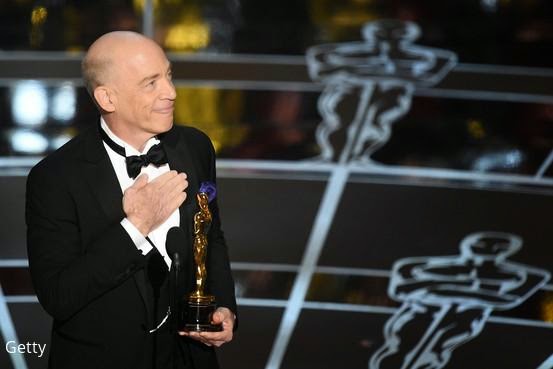 Major/Minor: This Was More Of A Leading Role, But The Right Man Won

I'm a huge fan of  Whiplash and I'm happy to see J.K. Simmons get some recognition, but you can't convince me that he didn't have a leading role. There's no doubt that Miles Teller had the bigger transformational arc. He's the protagonist. I get that, but Simmons' is the force that pushes that movie. I understand studios submit actors and actresses in categories they have the best shot at winning (once upon a time, Harvey Weinsten tried to push off Kate Winslet as a supporting actress in The Reader), but it will always continue to rub me the wrong way. I could always just stop nitpicking and appreciate the fact he won an award for the role of the tyrannical Terence Fletcher, one of the scariest, most well-rounded, brimstone-spewing characters we've seen this decade. I'm not entirely sure that it's a given he would have lost if he had been submitted in Best Actor. Sure, the category was already loaded with major contenders like Keaton, Redmayne and Cumberbatch already, but neither one of them was as showy as Simmons' performance, which the Academy often leans towards. Let's say Best Actor ends up like this:

These are the movies from 2014 I loved the most. Anything from my top ten stayed with me hours, most cases days after my first viewing and even in the second month of 2015, I can recall them vividly. If you're wondering why this list is so late, I do not have the luxury of attending the festival circuit, nor do I live in New York or Los Angeles, so a lot of late 2014 prestige releases don't make their way to the rest of the country until January. To be able to put movies in the proper context of their respective years, it helps to see the films that have been lauded the most or were highly anticipated, hence the February arrival of this list. In my own world, it's still relevant as long as it's before the Oscars. So here it is.

Roger Ebert was a huge influence on me as a cinephile. If I hadn't started reading his reviews as a high school freshman, this very list you're reading may not even exist. I fought hard not to make Life Itself, my #1 movie of 2014 because of how much I adored its subject and for fear that I wasn't being objective, yet in the end, honesty won out. The emphasis on Ebert's love for movies alone would have still made this a memorable film, seeing as how his writing was filled with an observation, wit and insight that made him more accessible than some of his more sophisticated contemporaries at the time. The love he had for cinema was a very genuine and touching one, but in the spirit of objectivity, director Steve James (Hoop Dreams, The Interrupters) delved into the man behind the reviews, warts and all. The documentary follows Ebert through the last months of his life as he battled cancer, an ordeal that is not skimmed over in the least and quite graphic at times, in addition to less flattering biographical nuggets mentioned throughout the film. It's the kind of portrayal Ebert himself likely would have championed.

The front page of Hectic But Eclectic was getting a little too #classicalbumtweets heavy, so I withheld posting and tried to space them out more. I still kept on with the tweets and now I do it every 2nd Saturday of the month instead. I'll be doing Discovery by Daft Punk this Saturday, actually.


The intro to CrazySexyCool only reminds how closely R&B and hip hop camps circled around each other back in the day. Was the norm back then.
— Eloquent 2-Year Old (@hecticivan) October 8, 2014


Me and my friends were not ready for all the maturity and sexiness TLC had when the "Creep" video dropped. #classicalbumtweets
— Eloquent 2-Year Old (@hecticivan) October 8, 2014


I enjoyed the brattiness and color of the first album, but didn't feel betrayed when they decided to dress alike. "Creep" was perfect intro.
— Eloquent 2-Year Old (@hecticivan) October 8, 2014


"Kick Your Game" was the track to remind you that TLC were still down and had attitude, in case those horns on "Creep" made you think other.
— Eloquent 2-Year Old (@hecticivan) October 8, 2014

7:00 Back here to live blog the Grammys again another year. I'll be providing running analysis on who might win and the overall spectacle of the show.

7:02 AC/DC are kicking off the show. LL Cool J makes it a point to tell everyone that this is their first performance at the ceremony. I'm totally happy for them and all, especially with Malcolm Young having to leave the band, but it doesn't scream current. My only guess is that the NARAS noticed there was an alarming lack of guitars on the show, so they had to dig into the vault to balance things out.

7:08 LL Cool J is back onstage the show officially begins. He just announced that there were will be 23 performances tonight. 23. Oof.

7:11 Sam Smith takes home Best New Artist in a win that shocks absolutely no one. I'm still recovering from the shell shock that we're going to have to sit through 23 performances. It appears as if the awards have truly become secondary, which is a shame. You look at the Oscars, Tonys, Emmys and even the Golden Globes, there is buzz and importance surrounding who will win. For the Grammys, it's as if Album of the Year is the only thing anyone is waiting for. The collaborative performances have always felt desperate and forced. It's great that veterans can still get a rub from being on a nationally televised appearance because I think it's important that younger viewers know about previous generations, but it's done in a way that's very insincere and not entertaining in the least. I love music, so naturally I look forward to the Grammys, but it's frustrating when you know it could be so much more.

7:24 Ariana Grande performs "Just A Little Bit Of Your Heart" and does a solid job, because well, she's Ariana. I would have preferred to see her do a more uptempo song, but I like that she went opposite of what her singles have been. If she still feels like she has something to prove, I think everyone is much better off for it. Jessie J and Tom Jones also perform "You've Lost That Lovin' Feelin'" in honor of its songwriters, Barry Mann and Cynthia Weil. Neither were bad choices to perform, seeing as how Jones' baritone is not a half-bad match for what Bill Medley did on the original, but it's incredibly stiff. I dislike it whenever they have performances on that small stage in the middle of the audience that isn't minimal. It feels too overstuffed for such an intimate and the entire sequence felt like it could have been on telethon instead of the biggest night in music. Pharrell beats out Sam Smith and Sia for Best Pop Solo Vocal Performance with a live version of "Happy." This is the first sign of vulnerability for Smith I've seen tonight and I like Beyonce's chances for AOTY better now. We'll have to see how Record and Song of the Year pan out.

The 57th Grammy Awards will take place this Sunday, Feb. 8 on CBS. As I do every year, I took my hand at predicting who will walk away with a miniature gramophone on the big night. I'll also be live blogging the event, so make sure to come back during the show for up-to-date analysis and comments.

Will win: It'll likely be between Sia and Sam Smith, with "Chandelier" taking the edge due to it feeling like more of an event song.
Should win: "Chandelier," because it cracked my top ten singles of 2014.
Overlooked: Arctic Monkeys - "Do I Wanna Know"; Paramore - "Ain't It Fun"

Will win: Beyoncé delivered an album worthy of her superstardom and she will be rewarded for it.
Should win: I was pretty fond of the Beyoncé album as well.
Overlooked: Miley Cyrus - Bangerz; Haim - Days Are Gone; St. Vincent - St. Vincent