A look back at MTV's Video of the Year

I've long given up hope that MTV will retain musical relevancy ever again. For a little over two decades, the cable network dictated trends while also breaking in new acts with graceful ease. Its dedication to showing music videos also pushed the medium forward, with its artistic heyday being in the 1990s when creative, visually distinct directors like Spike Jonze, Michel Gondry, Stéphane Sednaoui, Hype Williams, Anton Corbijin and Mark Romanek, among many others, made regular contributions, therefore upping the ante for any artist trying to get their video into regular rotation. Since MTV has long abandoned showing music videos during regular viewing hours, you would almost think that their annual award show, the Video Music Awards, would no longer need to exist. There is a bit of humor to be found in the fact that a network that hardly airs music would pretend to care for one night while keeping up the facade that they follow everything throughout the year.

While the VMAs have never been mistaken as harbingers of quality, I do place a bit of value into the main award: Video of the Year. Having come up in the 90s, music videos became one of my first loves and Video of the Year is probably the highest honor one can receive in that field. The Grammys have made some solid nominations over the years for their Best Short-Form Music Video category, but hardly any attention is paid to it and MTV has a longer history of identifying the most striking and relevant videos in the art form.

Despite barely dedicating time to music programming and with the majority of videos being watched online, I feel the Video of the Year award still manages to hold prestige by coming up with at least one surprise nomination a year. It shows that they care just a little bit, at least for me. I understand that MTV is in the business of making money and attracting viewers, so they have no choice but to include popular, albeit inferior videos into this category at times. This is also a different era than the 80s and 90s when the music industry thrived and more money was able to be thrown at budgets for videos, which meant more good videos in general.

With me still being a music video fan, I'm usually eager to see what happens with Video of the Year. Over the course of the VMAs' history, MTV has at times proven that it can acknowledge quality, but the VOTY could have more prestige if the network had decided to be consistently more daring. Here is a look back at all the previous nominees and winners in that category and what was overlooked in that respective year. Keep in mind when discussing what should have been nominated, I narrowed it down to videos that could have conceivably landed in the biggest category of the night, meaning that it had to have been a sizable hit with MTV rotation. Also, it should be noted that viewers have been able to vote in this category since 2006, which has taken away from the surprise factor, meaning we may never seen an upset like "Nothing Compares 2 U" or "Virtual Insanity" ever again.

What should have won: While the campy humor of "You Might Think" still holds up very well, "Thriller" was an unprecedented accomplishment at the time and has not lost its luster.
What should have been nominated: Talking Heads — "Burning Down the House"; Queen - "I Want To Break Free"; Twisted Sister - "We're Not Gonna Take It"

Don Henley — "The Boys of Summer"

What should have won: The set design for "Don't Come Around Here No More" trumps the lush cinematography of "The Boys of Summer" for me.
What should have been nominated: Art of Noise — "Close (To the Edit)"; 'Til Tuesday - "Voices Carry"; Madonna - "Material Girl"; Frankie Goes to Hollywood — "Two Tribes"; Bronski Beat - "Smalltown Boy"

Dire Straits — "Money for Nothing"

What should have won: A good deal of me wants to say "Take On Me," mostly for the mirror shot where the camera rotates around and reveals both the animated and live-action world, but overall, "Cry" is the most distinct. "Road To Nowhere" would have been a good choice as well seeing as how Talking Heads were miles ahead of everyone when it came to making videos around this time.
What should have been nominated: Kate Bush — "Running Up That Hill"; Talking Heads — "And She Was" ; Prince and The Revolution — "Raspberry Beret"; INXS — "What You Need"; Kate Bush - "Hounds Of Love"; ZZ Top — "Rough Boy" 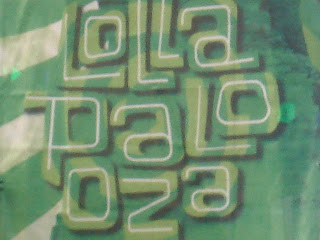 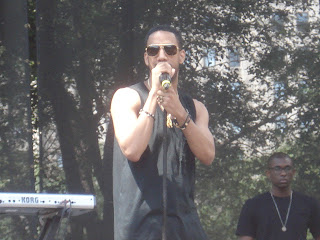 Although there weren't as many big name hip hop acts as there were in years past (which was an admittedly small list to begin with), it was refreshing to have a mainstream R&B singer at the festival. Ryan Leslie had an easygoing confidence about him that did not make it hard to be drawn into his show, but I felt it was lacking a certain punch, which could probably be remedied by adding more pieces to the band, which for this day was just a guitarist and a DJ. Still, Leslie is a talented songwriter and it would have been apparent to anyone passing by that he had an ear for beats and melodies. 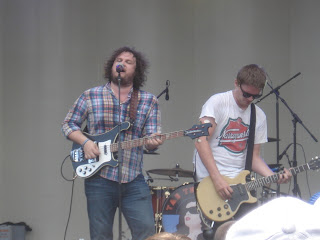 I think I enjoyed their stage banter the most out of all the bands over the weekend ("This song was on Major League Baseball 2K11. It's on the screen where you choose baseball players to do shit. Like play baseball, I guess.") Overall, they were fun and played some good time rock n' roll that provided a good jumpstart to Lollapalooza.