It's time once again for the Grammys to be handed out (the 58th occasion of the National Academy of Recording Arts and Sciences doing so). The hardware will be given on Monday, Feb. 15 this year on CBS, instead of the usual Sunday. The Grammys have slowly made some progress with their nominations in the general field, but could stand to see some changes in other genres and how they vote for winners overall. I think we'll always find something to complain about until we get people in the industry without hidden agendas who are actually aware of new trends to select nominations and for those who have been recent contributors to their genres to have their votes count more than other members when it comes to determining winners within that specified field. Still, it's the most important game in town for musicians and we'll be watching anyway. These are my predictions for who will take home some gold.

Should win: As much as I'm a fan of "Really Love," it's rare that we get songs that unite an entire nation like "Uptown Funk." It will be kicking weddings into high gear for the next decade.
Will win: "Uptown Funk," because it did unite a nation after all.
Overlooked: Jason Derulo's "Want To Want Me" was the premier MJ-inspired song of 2015.

Should win: Kendrick's album was miles ahead of everyone.
Will win: Alabama Shakes. It's only been two years since the Grammys awarded Best New Artist and Best Rap Album to Macklemore & Ryan Lewis over Kendrick Lamar. I doubt their taste in straightforward hip hop has improved that much during that time span. Sound & Color comes from a hip band, allowing the Grammys to maintain credibility with a safer choice. It's also telling that the album's producer, Blake Mills, whose sole credit was Sound & Color got a Producer of the Year nomination. Throw in a nomination for Best Engineered Album, which has previously been won by recent AOTY winners Beck and Daft Punk, and it's looking likelier that the older, rock-leaning members, which make up a good deal of the NARAS, will tip the scales in favor of Alabama Shakes.
Overlooked: Who wasn't rooting for D'Angelo's Black Messiah? Even better, only a minuscule amount found it lackluster.<!--more>

This was the first year I seriously flirted with going past the usual 250 slots for my favorite singles of the year, simply because there is seemingly something worth sharing that comes out everyday. Going up to 300 or 400 could very well be a possibility in the future, but for now, I really like the sound and legitimacy of 250. As always, there's a Spotify playlist included at the bottom of the list and all entries marked with a (*) have direct links to the song since they're not on Spotify. Make sure to check out my best albums list as well. 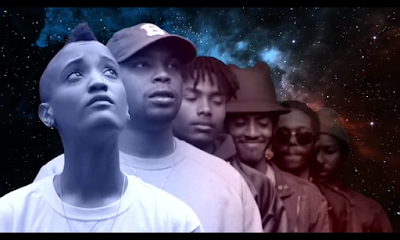 The overwhelming desire to touch and be touched becomes a reflex over the course of this song. There are multiple tracks in the catalog of The Internet that cover this sort of ground, but none quite as potent as "Girl." Syd tha Kid's delivery barely goes above the hushed volume that's expected from speaking in the dark, which is complementary for a song that has more than a few textures of the interstellar in it. Her voice is a calming presence in the void, like it would be if one were to float in space. As airy as "Girl" is, the entire thing drips more than anything. The deep bass tone, which could've come from none other than Kaytranada, is as patient as it gets and moves with the speed of honey, making sure that every drop of sensuality lands perfectly. Light a candle, let your hands flow and send a thank you card to The Internet for breaking your cold streak.