At first I thought 2014 was kind of an off year for music, but doing lists like this remind me that there can't possibly be such a thing. I made a Spotify playlist, which you can also listen to at the bottom and make sure to check back soon for my top 250 singles list. 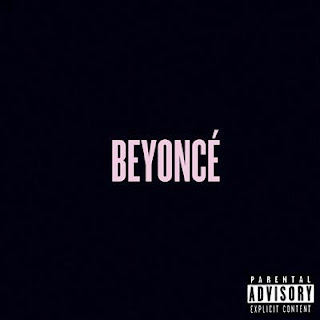 Of course this album should be under 2014 consideration. How else to explain all the widespread adoration but only so few appearances on critics' year-end lists in 2013? It was released late last December, which was much too close to the end of the year for me and a lot of people to put into proper context of what it meant at the end of the calendar. Twelve months have passed since then and I can confidently say it's still the best thing I've heard in that span. One of the more intriguing developments of the pop world within the past few years was how her previous album, 4, felt like more than just an attempt to put together a radio-ready collection of songs and strove to keep up with some of her more adventurous contemporaries. This was surprising in that it felt like the first LP where we got a glimpse at Beyoncé The Artist and not just simply Beyoncé The Ridiculously Talented & Fierce Superwoman, which we had seen time and time again. The seeds of that experimentation fully blossomed on Beyoncé, her most challenging work yet. The usual Beyoncé trademarks were there, but instead of embracing their more commercial aspects, we were treated with more details that gave everything a personal feel. Girls still ran the world, but novelist Chimamanda Ngozi Adicihe was there to explain why. You could still get her bodied, but you had to solve the riddle, and so on. It's a very rare thing when artists of Beyoncé's talent and stature make such bold moves while at the top of their game. That they pay off and in result in an amazing piece of work that's as dark and sexy as this is even rarer.

While we're in the midst of year-end list season (and as I'm preparing my own, so check back soon), I got to thinking about the history of this blog, which started back in 2004 as a project for an English Comp. course. Ten years is a long time to be doing anything and if anything, my past best-of lists have been a reliable snapshot of the culture at the time which I often use as a reference, along with how I've grown as a person (some of my earliest Lollapalooza recaps were so cruel, they embarrass me now). I've only started employing Spotify into my year-end singles posts the past few years and thought it would be a great idea to go back and give the others the same treatment. If you ever need a good idea of what went on in music from 2004-2013 and you have a few weeks to spare, I think this post would be a good place to start. Click on a year for the full list.

Song that should have been higher in hindsight: Alicia Keys - "If I Ain't Got You" (original rank: #84)
Most guilt-wracked omissions: McFly - "Room On The 3rd Floor"; Mousse T feat. Emma Lanford - "Is It 'Cos I'm Cool"; Teddybears STLHM - "Hey Boy"

Song that should have been higher in hindsight: Out Hud - "It's For You" (#188)
Most guilt-wracked omission: Fefe Dobson - "Don't Let It Go To Your Head"

Song that should have been higher in hindsight: Yeah Yeah Yeahs - "Cheated Hearts" (#113)
Most guilt-wracked omission: The Long Blondes - "Once And Never Again"

2015 Grammy Nomination Predictions: Album of the Year & Song of the Year

The nominees for the 57th Grammy Awards will be announced this Friday, Dec. 5, during a concert special airing on CBS. The actual hardware will be handed out on Feb. 8, 2015. Back in May, I took a look at the early contenders in the general field and just yesterday, I gave my final predictions for Record of the Year and Best New Artist. I'll be referring to a few of my choices, so make sure to read that post if you haven't yet. For today, I'm providing a breakdown for Album of the Year and Song of the Year, along with my final guesses as to who will be nominated.

I'll go ahead and get this out the way: Beyoncé. She's an obvious choice. If you've been in a coma or have been stuck in a time travel stasis, I'll briefly list why: the album crashed the iTunes website upon its stealth release, said album was accompanied with music videos for each track (unheard of for an artist of her stature), and it still sold over 800,000 in a shortened sales week without any promotion. And she's also Beyoncé, one of the most adored pop stars in the world and a perennial Grammy favorite. Last year, I had Justin Timberlake pegged as a sure shot, but I didn't take into account that him submitting both 20/20 Experience albums would go against him (I still believe he would've gotten the nod if only Pt. 1 was included). But make no mistake; this is Beyoncé's award to lose.

The rest of the field is more up for grabs, but smart money says to go with Sam Smith's In The Lonely Hour. His music is the kind that is endearing across multiple demographics and he has an authentic, soulful voice. While he hasn't had any major solo hits beyond "Stay With Me," his talent is not in doubt and already is a recognized name. That makes him a lock for Best New Artist, but the album itself, while a solid effort, may be deemed too ordinary for a revitalized blue ribbon panel (the secret group of voters that selects nominees for the general field from the top votes) that's trying to show that they can be hip (in the past five years alone, they've nominated Frank Ocean, Jack White, Arcade Fire, The Black Keys and Daft Punk). If their criteria is indeed tougher, In The Lonely Hour could be on the outs, but there are so few albums that have had the same impact both commercially and with critics.

Nominations for the the 57th Annual Grammy Awards will be announced this Friday, Dec. 5, on a live concert special airing on CBS. The award ceremony itself will be taking place on Feb. 8th, 2015. Back in May, I took an early look at possible contenders in the Big Four categories, but these predictions right here before you are definite and I'm ready to commit to them. I think. For this post, I'll be taking guesses for Record of the Year and Best New Artist and come back tomorrow when I'll examine the field for Album of the Year and Song of the Year.


Record of the Year

As always, I like to start off with my locks. Despite what I consider a pretty lackluster year as far as the quality of top 40 hits are concerned (2013 alone gave us "Royals," "Get Lucky," and "Wrecking Ball" just to name a few), there are always definite contenders. I'm a bit shakier this year than most, but overall, I feel like Beyoncé will be the one to beat this night. While "Drunk In Love" featuring Jay-Z was not the monstrous, axis-shifting hit like some of her other past general field nominations ("Crazy In Love," "Irreplaceable," "Single Ladies (Put A Ring On It)"), it had a two-month stay within the top ten of the Billboard Hot 100 and could certainly be classified as one of the most meme-worthy songs of the year.

I really like Sam Smith's "Stay With Me" in this category as well. I'm a bit confused as to why the Darkchild version with Mary J. Blige was submitted instead of just the solo version since the song is already well-liked enough in its original incarnation. The only theory I have is that Smith's people might view Beyoncé as the biggest threat and deduced that Blige's inclusion might help be able to draw away some votes from the R&B voting contingent or probably those who would love to see Mary J. Blige rewarded in the general field after a 22-year career. There's also the risk that some voters might just be plain puzzled at having to vote for only a version with Blige, which is just a small portion of why I feel shaky about this year. Nonetheless, with or without Blige's vocals, it's still a very heartfelt song with a lot of emotional power behind it.