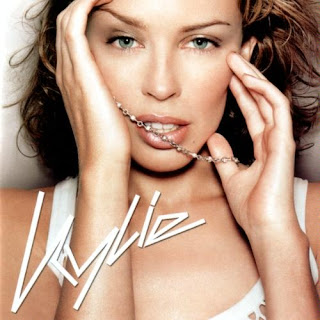 While gaining international success throughout the '80s and '90s comparable to her fellow pop icon, Madonna, at the beginning of 2002 Kylie Minogue's lasting legacy in the U.S. was her 1988 hit "The Locomotion" and small roles in viciously panned flops such as Bio-Dome and Street Fighter. Her status in the States forever changed course with the release of "Can't Get You Out Of My Head," the lead single on Fever. With its infectious chorus of "la la la" and a velvety robo-disco track, Minogue had her biggest hit ever in America. Not only did it peak at #7 on the Billboard Hot 100, but it found its way onto several year-end lists, even managing a top ten placement in the yearly Pazz and Jop poll from The Village Voice.

Most people tend to do their movies list at the end of the year. I prefer to do them before the Oscars, that way I'm able to catch all the movies that open in limited release during the year, but don't become available nationwide until January. It does come late, but when I look back at my lists from past years, they feel well informed and not rushed. Moving on, 2011 had plenty of delights for cinema lovers, just like every year.

Granted, I rarely see live-action movies in 3-D, but it's no secret that the general consensus is that a lot of movies that employ this technique are lacking. The extra surcharge that comes with admission has resulted in more revenue for certain movies, which has lead to Hollywood abusing 3-D and using it more as a gimmick instead of a tool. Hugo was the first film since Avatar that felt like it gave a damn about 3-D and used it in smart ways that helped embellish the story. The maximum enjoyment of this film is probably best experienced in that format, but it would have still been my favorite film of 2011 without it. Hugo is about a Parisian boy who lives in a train station during the 1920s and the setting plays a key part in the movie's magic. It's a film heavy on wonder and enchantment with the skill of one our greatest filmmakers in Martin Scorcese. When you go into a theater hoping to be entertained and moved, you want it to do so at the level that Hugo does.
Read more »
Posted by Ivan at 2/25/2012 02:04:00 PM No comments:

6:54 So I'm back to liveblogging the Grammys this year. Just a quick update on my predictions. I totally whiffed on the R&B and dance categories. Skrillex is now a two-time Grammy winner and I don't think it's too farfetched for him to take Best New Artist. I know Bon Iver has the nods in Record and Song of the Year, but they still don't seem well known to me. The ceremony is starting in a few minutes and I'll be here for the whole show.

7:03 Bruce Springsteen and The E Street Band are starting off the show. The new song is a typical Bruce anthem and this is the first performance I've seen them without Clarence Clemmons. Keep in mind he's got an album coming out next year and if touches at all on the loss, I could easily see them being an Album of the Year contender much like Dave Matthews Band when they lost a member.

7:06 LL Cool J just led the Staples Center in a prayer in remembrance of Whitney Houston. I have to admit that I was trying to spot any atheists who didn't have their head down. It is Los Angeles, after all.

7:11 How lucky were the Grammys to have a host this year with the unexpected death of Whitney Houston? I thought LL did a good job of paying respect to Houston without keeping things somber. The program is going to need that steady presence under these circumstances.

The main storyline for the 54th Grammy Awards will be how many awards Adele will win. There is no question that she is the heavy favorite to win the majority of the categories she's in, and after the year she's had it would be much deserved. This is also the first year where the the fields have been consolidated to create fewer categories and fewer filler nominees. If anything, it should make the overall competition that much more difficult and increase the standard for winning a Grammy itself. With moves like this and letting Bon Iver and Mumford & Sons into the general categories, I believe that the NARAS is making a strong attempt to stop any further dilution of the award ceremony and increasing their integrity. But of course, they'll have to hand out the statuettes to worthy people first. We'll be able to see this Sunday, Feb. 12 on CBS.

Also, I made predictions as to who would get nominated a few months back, so feel free to check back and see how my picks turned out.

EDIT: Check back here Sunday as I live blog during the ceremony.

Will win: I'm not one to blindly follow popular opinion, but I sort of like Adele's chances here.
Should win: Sure, it's overplayed, but it's hard to find many faults with "Rolling In The Deep."
Overlooked: Kanye West - "All Of The Lights"; Nicki Minaj - "Super Bass"; Pink - "Raise Your Glass"; Wiz Khalifa - "Black and Yellow"