Once again, here are my favorite albums of the year. I've created a handy Spotify list that cribs a key track from as many albums as I could find. 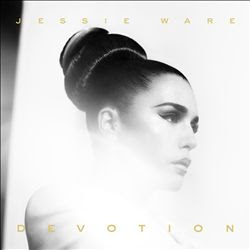 If Sade ever decided to work with producers under the age of 30, it might sound something like this album. While Sade has updated her sound slightly with each subsequent album, Jessie Ware provided a true 21st century vision of the places that chilled R&B can go. It's a sound that's been explored in various branches of trip hop and downtempo, but done so here with more emphasis on emotion than vibe, which Devotion actually exceeded on both counts. There is sensuality and tranquility in abundance, which means that the album barely goes above a whisper, only if because that's where its power is at.

Last week, I counted down my favorite 25 albums of the year on Noteworthy and on this Monday, December 17, I'll be doing the same for my singles. It will be an early sneak peek at my full list which, I'll reveal in a week or two, along with my albums list as well. Make sure to listen to the show from 6PM-8PM CST at http://uicradio.org. The show also has a Facebook page, which you can like at http://www.facebook.com/NoteworthyRadioShow.

After Monday's show, we'll be off the air due to semester break until January 7th, so make sure to check it out Noteworthy if you never have before.

To hold you over until then, check out my past year end lists:

The nominations for the 55th Grammy Awards will be announced Dec. 3rd. As always, I'm here to take a guess at who will make it.

The past few years have seen general field nominations for indie rock acts Arcade Fire, Bon Iver and Mumford & Sons. These acknowledgments show an increasing awareness of current trends by the NARAS' blue ribbon panel, which is a secret committee that selects the nominees for Best New Artist, Album, Record and Song of the Year. Before, it only seemed that Radiohead was capable of breaking through the "smart rock" mold and sitting at the table with the rest of the big boys, mainly due to universal critical acclaim and name recognition. With record sales not even close to the same level they were ten years ago, the Grammys have seemingly looked beyond the old standard for commercial success and have started heavily factoring buzz and quality into who should be rewarded. How else to explain the nomination of Bon Iver's "Holocene" in Record of the Year—a song that didn't even crack the Billboard Hot 100—in a category usually reserved for only the biggest mainstream hits?

The NARAS has taken their fair share of shots for years over not nominating acts that don't reflect the cutting edge of music and the past two years suggest that the days of honoring veterans whose best work is behind them may be done. Still, no one should start celebrating just yet: the NARAS did everything they could to make sure the victory for Adele's 21 did not come tainted in Album of the Year by snubbiing Kanye West's My Beautiful Dark Twisted Fantasy, the clear cut critical favorite of that period. They still want people to watch, but to raise as few objections as possible. Without a behemoth such as 21 to vote for, this year's nominees may be a bit more centered between critical acclaim and mainstream success.

The first week sales of Mumford & Sons' Babel prove that there is still some juice left in rock music on the Billboard charts. The band is already on the radar of the NARAS, being previous nominees in Best New Artist, Record of the Year and Song of the Year. They're popular, but they're also respected, which makes them an easy lock for this category.