Here is my annual singles list. I've included a Spotify playlist which I hope you'll enjoy. For tracks that you can't find on there, I put an asterisk (*) next to it just so you don't miss anything and can look elsewhere on the Internet. Keep an eye out for my best films list in February. 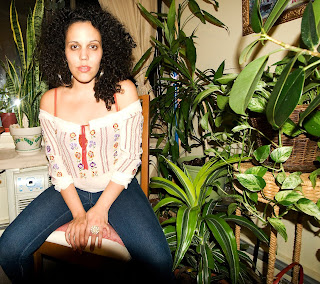 Since I started getting intensely into music during the mid '90s, I've always been attracted to eclecticism in my songs. Getting a daily dose of Beck, Cibo Matto and various others will do that to your tastes. "Hair Receding" doesn't have any of the quirkiness or irony often associated with alternative acts from that decade, but its willingness to mesh genres is just as enthusiastic. One moment it's free jazz, then the next it employs an American dubstep break and Rubinos makes the whole mixture even more off-kilter with a folk-styled vocal approach. As dizzying as that all is, Rubinos essentially pours her entire soul over the track, giving the song a stronger than expected heart, especially when her voice ascends during the bridge. That emotional lift is a huge part of what keeps me coming back. The pieces here come from familiar places, but the combination forms a sound that's truly original.