This month's edition of #classicalbumtweets will be taking place in an hour. Carole King's Tapestry will be getting the treatment.

If you've never heard Tapestry, you're kind of missing out. It was like the 21 of its time, except better.

Time to get started on #classicalbumtweets. Join me when I press play on Carole King's Tapestry. pic.twitter.com/azzNPK0mXw

That opening to "I Feel The Earth Move" feels so much like 70s AM. I literally started seeing things from filter of photographs back then.

It's pretty much the closest Tapestry comes to rocking. Sign of the times and possible nod to acts she used to write for #classicalbumtweets

As the years go on, this list has become more agonizing to sift through because of the amount of great stuff that's out there. I won't complain though. The time and effort that goes into this makes me feel good about songs even in the lower reaches of the list, and that's a feeling that increases with each year. So yes, it's definitely worth it. As usual, I've included a Spotify playlist and for the tracks that weren't available there, I used Soundcloud to compile them (those songs will have a * next to them). Both playlists are also embedded at the bottom. For songs that couldn't be found on either, I just simply included a hyperlink to where you can listen (designated with a ^). If you haven't yet, check out my albums list as well. Hope you find something new that you'll enjoy! 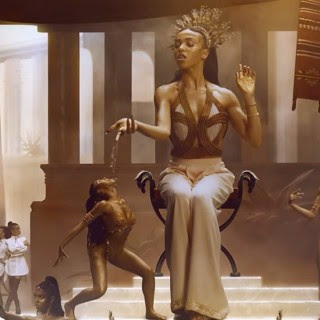 The past couple of years in music have seen an increasing fascination with the spaced-out, drum heavy sounds of mid to late-90s R&B to much acclaim. One has to wonder where the critical adoration has been all this time and why it took a touch of the fringe to make it palatable and hip (i.e. Banks, The Weeknd, How To Dress Well, etc.). FKA twigs' career has definitely benefited from this growing trend, but with all the comparisons to experimental artists like Björk and James Blake, make no mistake about it; "Two Weeks" is a pure R&B record. Once upon a time, turntable scratches and Auto-Tune were alien to rhythm and blues, so don't let the screwed vocals that pop up throughout deter from classifying it as such. If anything, they add to the atmosphere, which is probably one of the most sensual to come down the pipeline in a year or two. That uneasy tension is likely what twigs wants. For the audience to be kept off guard, to be lulled away from their equilibrium leaving themselves susceptible, until finally, she coos in a voice dripping with confidence and candle wax, "Give me two weeks/you won't recognize her." You're left helpless, she's in full control and more than likely, you're regretfully enjoying every minute of it. What genre besides R&B is more notorious for moves like that?